How we founded a company at the advent of the mobile revolution. 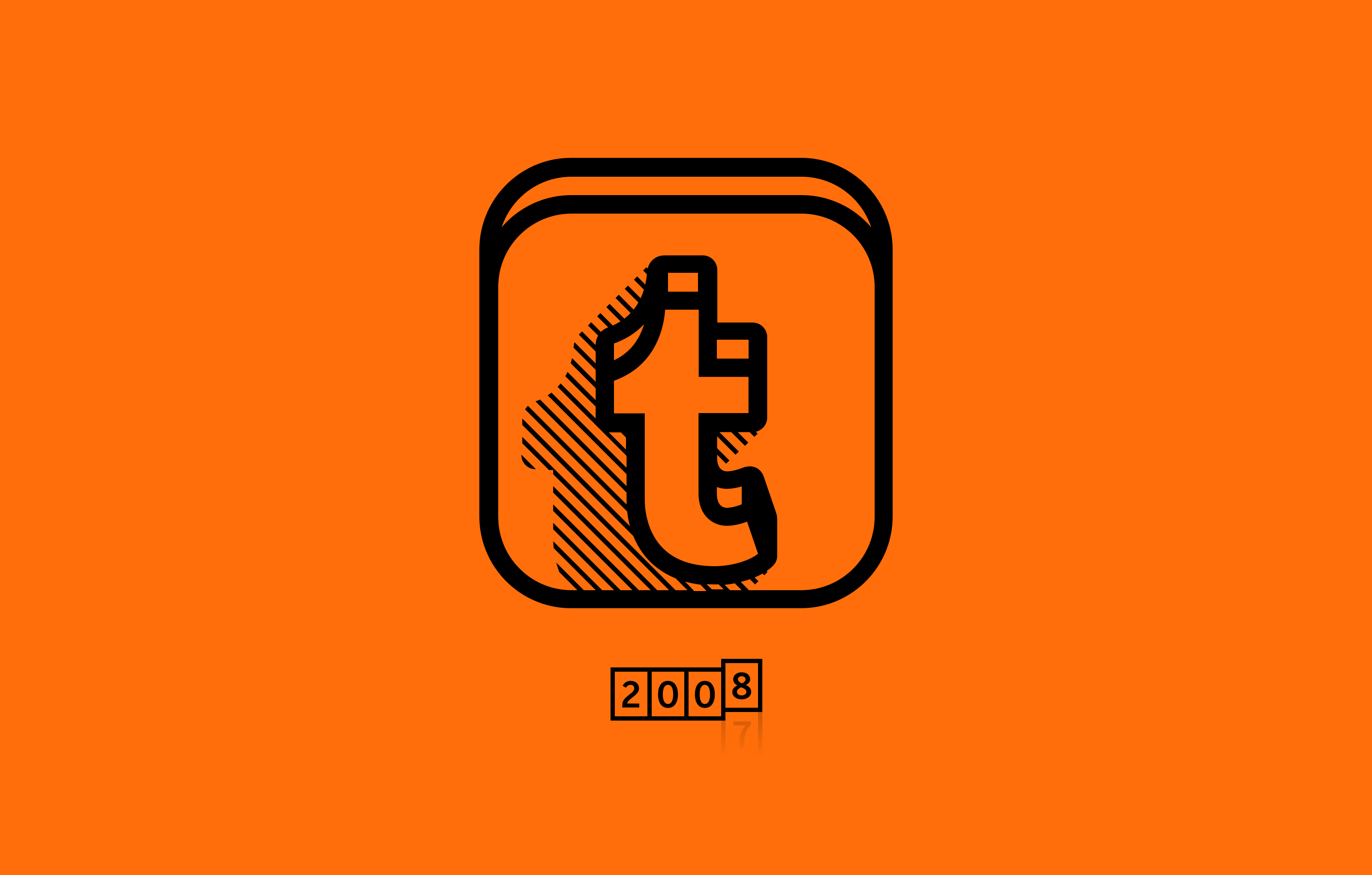 When Jeff Rock and I co-founded Mobelux a decade ago, it was year one in the new world of mobile applications. Apple first launched the iPhone in 2007 and shortly thereafter started selling mobile applications in its iTunes store.

When we held the very first iPhone in our hands, we knew that not only was it a great product, but that the iPhone would bring about a whole new generation of technology. We wanted to be a part of this new mobile ecosystem. We brainstormed about potential products that we could build together while moonlighting after our day jobs: a product price scanner, a live event collaboration app, or a learning app for the university market focused on digital books.

We decided on creating an iPhone app that would let users post to their Tumblr blog, the popular microblogging and social networking website. [Tumblr enables users to share text, photos, quotes, links, music, and videos. Yahoo! Inc. acquired it for $1.1 billion in May 2013 and has over 500 million users today.] At the time, Tumblr was a new social platform. It quickly gained popularity by providing a fresh perspective to the world of blogging.

Our first few months were tough. There were no books or articles about how to build mobile applications at the time. And neither of us had ever written a full-blown app. Jeff taught himself how to develop the mobile app that would become our first product. We were both more than a little naive, but I had no doubt that Jeff could figure it out. Having worked with him on a number of complex projects, I saw how Jeff always came through.

While Jeff dug into the product development over the next two months, I focused on the business side of things: I opened the bank accounts, got our state and federal licenses, hired an accountant, and purchased our equipment. Plus, I wrote our business plan, attempting to answer the question: How will we sell our products and make money? Through it all, I was Jeff’s cheerleader and sounding board.

When we were halfway through our development, two other Tumblr apps came out. We adopted the mantra "best to market" instead of "first to market" and crossed our fingers. In November 2008, we released Mobelux’s first product, Tumblrette, a mobile app that enabled users to post text, photos and videos to their Tumblr accounts from their iPhones. We were thrilled that our company now had a product. We sold it for $1.99 and proudly celebrated our first business lunch with the earnings from that first week (around $1,200 dollars). We could now make money back on our initial $400 investment in starting our company. Soon after launch, the technology news site ArsTechnica reviewed our product, saying, “Tumblrette rocks Tumblr blogging on iPhone.” 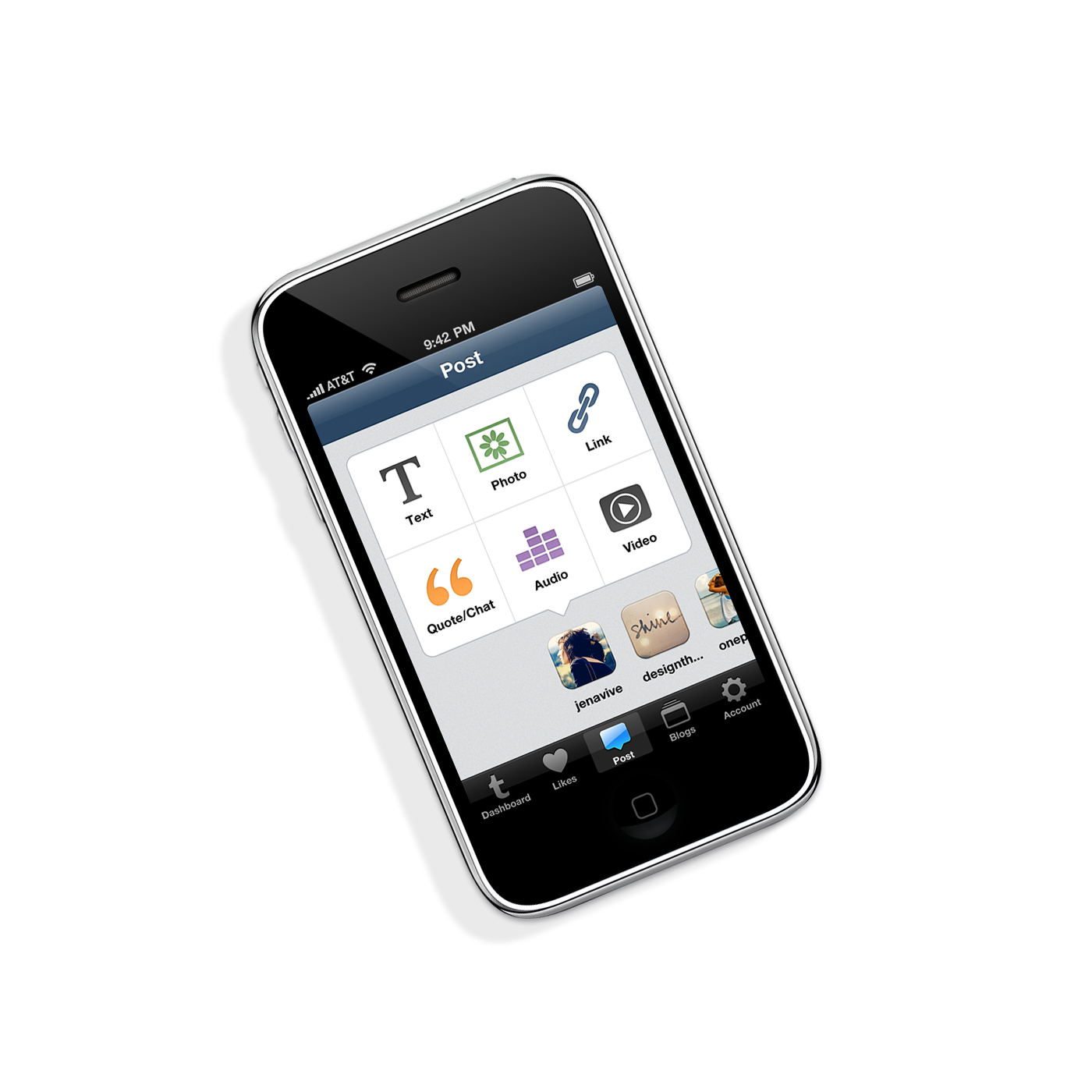 We experienced an equal amount of transformation in our personal lives while starting Mobelux. My wife and I had our first child the year before. Jeff and I were still working our day jobs at ZelTech as contractors for government agencies, developing training and visualization software. In addition, I was running my new business as a wedding photographer over many weekends. In fact, I photographed Jeff’s wedding in July 2008. On top of it all, the economy nearly collapsed earlier that autumn when both Lehman Brothers and Washington Mutual filed for bankruptcy. And Circuit City, whose headquarters were in Richmond, filed for bankruptcy in early November 2008.

We got another unexpected boost when Marco Arment, the co-founder of Tumblr, contacted us acknowledging that he loved what we had built. Our relationship with Tumblr grew over the next few months. They recommended our Tumblrette app (as their own app was not yet available) and we found dozens of like-minded developers and Tumblr enthusiasts along the way. 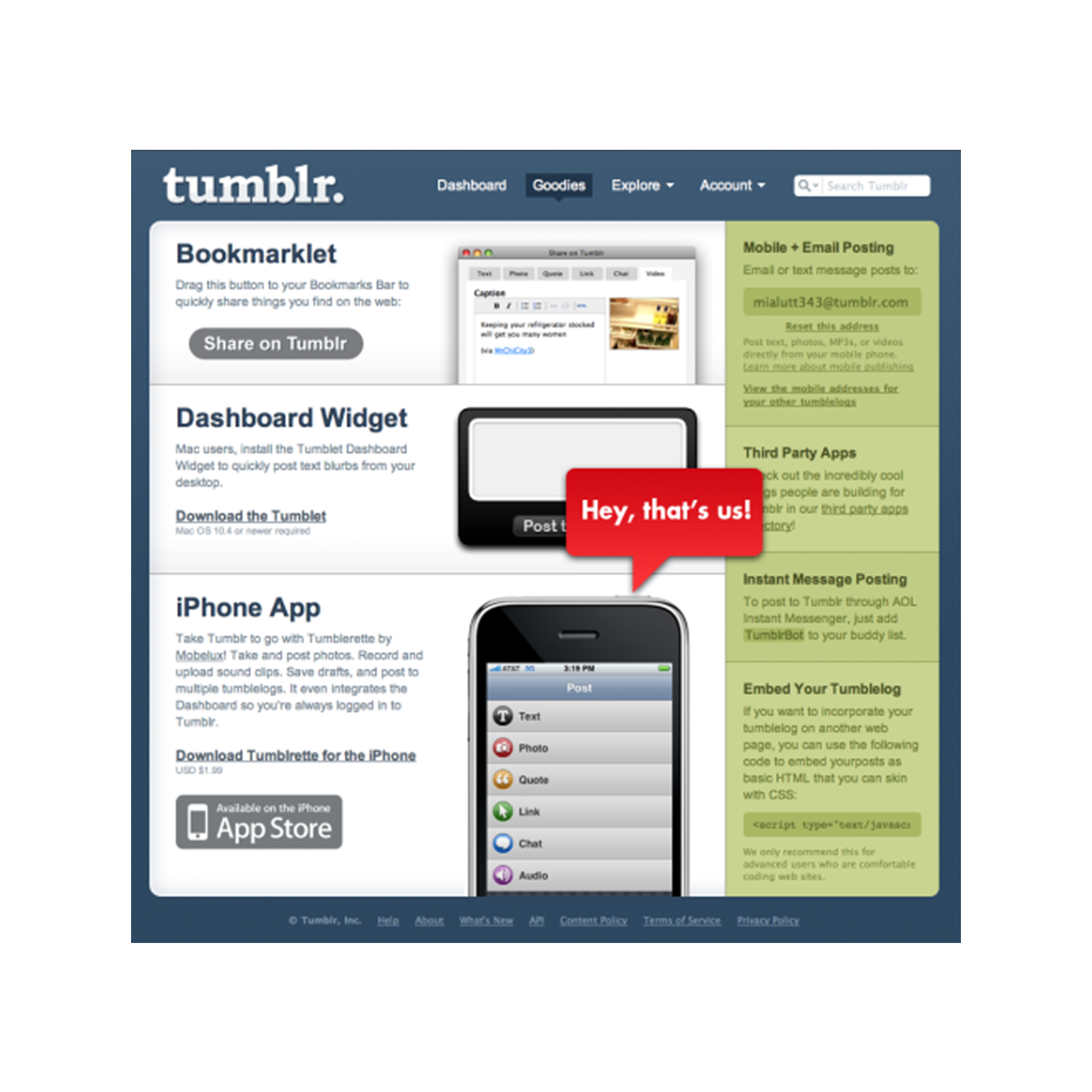 We recognized a few key things about ourselves soon after launching Tumblrette. Year one may not have brought us fame and fortune, but we were getting noticed by a growing community of mobile developers around the country. We also realized the value of a dedication to strong design and user experience.

I’m sharing our story here because a small company from Richmond, Virginia can make a big impact on huge startups from New York City and elsewhere. And it is possible to start a company for $400, even in a down economy. Just don’t quit your day job.

A decade of meaningful experiences.

Tell us about your project. We'll be back in touch within one business day. If you'd rather talk it over on the phone, give us a call at: